A Dragon's Treasure: A Reincarnation Story 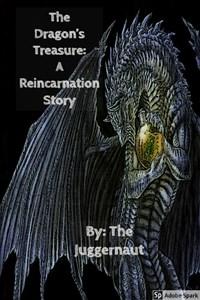 Michael Collins, a normal college student living alone, was forcefully stuffed into the body of a dying man by the name of Ruthar Ges Lunar Kinderal III. Ruthar was the son of a conniving noble that had devised a plan to prevent the destruction of the Kinderal Family by the hands of those that would drool over the wealth the family had acquired and hidden. Now, Ruthar, or is it Michael, must survive and navigate through an empire that chases them for their dragon's treasure while his father had moved on to the spirit realm.
With only his honor guard, led by two of the most fearsome men on the planet, he is on the run to find a home to call his own.