did u get the code? 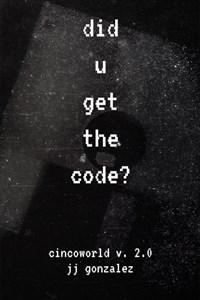 Did you get the code?

Loner fifteen-year-old gamer Charles Pakito, known by his gaming handle Pak-Man, scored a prime spot in a coveted video game design summer program, where he gets to test out a new virtual reality system—Cinco Gaming’s wildly hyped and ridiculously high-tech Legends of the Universe. But when he types in the special code his classmate sends him, he finds himself in an antiquated game world full of outdated monsters and puzzles, and with seemingly no exit. As the haunted game toys with its new prey, Charles struggles to figure out his connection to the mysterious game and find his way back to reality before he and his new-found friends are trapped in the Cincoworld forever.