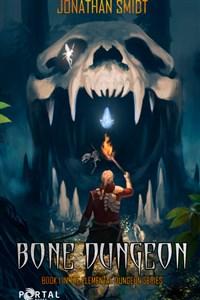 Ryan doesn't remember much about his life before becoming a dungeon core. Only that he had a bit of a disagreement with the church -- something to do with a beheading? Now reborn, Ryan begins to arm his darkness dungeon with devious traps, bestial zombies and ill-named skeletal creations, without doing anything too evil. Well, mostly. Some adventurers just deserve a stalactite to the head. But Ryan quickly learns being a darkness dungeon isn't all loot and bone puns. With a necromancer on the rise and the Adventurer's Guild watching his every move, he must prove that not all darkness dungeons are malevolent... even if they do have a few skeletons in their caverns. Sadly, all of these issues keep distracting him from his own guilty pleasure, skeletal fight club. But don't tell his fairy about that.
I have recieved permission from the publisher to share the first 8 chatpers of the story, as a sample (I am the author of this book)