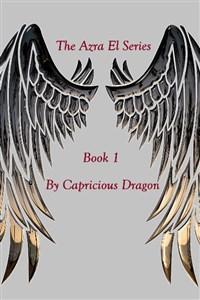 A 19-year old named Blaze wakes up in a new world and with a new body. The world of Azra-El is filled with winged angels, demons and energy manipulation.Delve into the intricacies of Azra-El, teeming with its own mystical creatures, factions, races and ideologies. Follow the adventure of Blaze, the only male in the world, as he explores new knowledge, power, and women. It’s an Epic fantasy that follows Blaze’s across a continent larger than Asia, as he figures out himself and the reason for his existence in the world, slowly realizing that the world is not as black and white as it seems. Though the focus is on Blaze, the story focusses on developing multiple characters who are individuals with their own goals and desires.
PS: This is the non-erotic version. As such the relationship with certain characters will differ from the original. There will still be some sexual content but nothing too explicit.