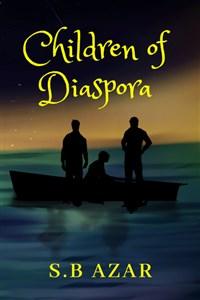 The Lamentari are hunting as three friends are within the brinks of sanity, dreaming of what was and what could have been. The only hope they hold dear to, is the prophecy.
Children of Diaspora: A search for shelter is narrated by a socially withdrawn Ehsaan and a bright and hopeful Giovanni as they and their dear friend Ezra set on their quest to liberate themselves, their people and their land from a colonising and imperial force: The Lamentari.
The main characters of this novel are gifted with a magical ability that has been sought after by the Lamentari for centuries. Great gifts also come with great measures as their magic system has certain rules and regulations they must follow. This is often shown at their dismay rather than fortune as the characters learn to deal with certain emotions and feelings they have towards themselves and their peers, some they overcome and others they don’t, all while searching for a sanctuary in which to call their home.