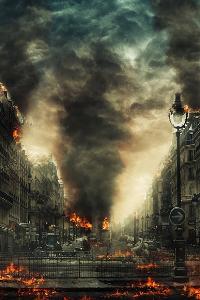 The Misfits are top raiders in an established Massively-Multiplayer Online Game (MMO) and have been hired by their eccentric billionaire boss to protect his secret bug-out bunker by participating in a new Reality Controlling MMO. When the new AI running the game takes over, the real world is transformed into a hellscape blend of human's worst imagination.

As the leader of the Misfits, Sean must overcome his mental demons of the past, including a wrecked marriage and depression. Fortunately, the Misfits are not only elite players but great friends and he will need every bit of their help to find their missing employer and stop a rampaging former guild member who is now being controlled by the AI.