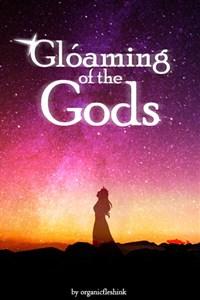 The Vanir had once been able to serve directly under the Gods as they were their direct creation. But as time trickled by, they have become mere Menn and are left with just a thread of connection. They are now believed to have been abandoned by the Gods while they are being hunted by Speglun - malevolent, skeletal manifestations of Menn's negative hearts.
Mysteries of the past connecting to the present. The Silent Dark that spilled more of those malicious creatures unto the world, and the Deafening Dark that blinded and silenced Menn into death and chaos. The Ashened Giant that emerged from the meteor said to be one of the God's wrath. The abandoned child who is now the Crown Heiress to the Imperial Throne of Eldia. How do these incidents connect with each other?
Alar had not expected a simple but suspicious job to lead him to meeting two mysterious figures who call themselves the Eyes of Odinn.

A reimagination of the classic Old Norse tale of Ragnarok.