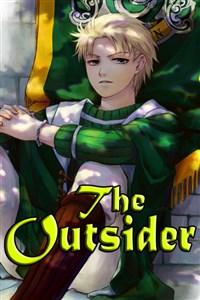 In a world where magic is normal, wars have taken place dividing the world into seven kingdoms, an agreement was reached between them to stop the wars between them and not to infringe on each other. But this did not happen and the agreement was violated by a kingdom of them and after months of fighting, the war ended, leaving millions dead and wounded. Their king was arrested and at his execution, he said his last words : " Do you call this peace? Do not deceive yourselves. True peace will not be born in this world as long as corruption is pervasive in the ruling regimes. Do not judge me because I rejected this false peace and decided to remove my mask." After he was executed, the seven kingdoms returned to this peace which he called "false peace". The kingdoms were not at their best, poverty and famines have spread but the ruling high classes and those close to them are only the rich. And cold wars have spread. The world is now ruled by corruption and injustice..