On a Blank Canvas 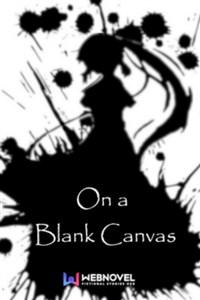 An accidental death?
Transmigrated to a foreign world?
I feel a strange power within me... and it's.. blank?!
Real Synopsis: A boy without dreams, without a loving family, without friends or plans in life, accidentally falling off the roof of a building after being unfairly fired from his job.
Though he awakens to find himself in a hospital bed totally uninjured and his name forgotten, in a totally different world?! A world of magic and science, together with a strange power residing within him... but upon a closer look, it was blank.
Blank? Blank like a canvas... waiting to be filled, and so he did.

Join him as he fills his canvas, living in this new world, as it won't be his last..

First 25 chapters originally posted on webnovel, but hiatused for 5 months due to writer's block and pressured by the average release rate on the site.
I'm a majorly beginner writer and this is my first story!! Construtive critsism is welcome!!
Will post the 24 chapters soon