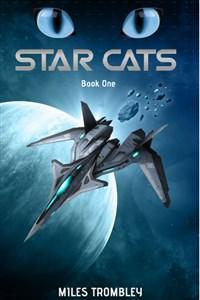 Tyger and his friends are a group of genetically engineered cat humanoid, raised to become star rangers for the intergalactic human federation, called the Star Alliance. Their job is to protect the human colonies and defeat whoever tries to threaten them. But everything changed when a mysterious race of alien bugs appears from the unknown and attack the planets. To order to stop the bugs, the Star Cats must find an alien artifact with the mysterious potential of stopping the invaders. They will travel to different worlds, fight different space monsters, and raid two alien temples before the bugs exterminate everyone across the galaxy. Will they be able to save humans, or will they fall?
Note: There might be grammar errors I missed because this is my first draft. I will post the chapters between 6 pm and 10 pm.