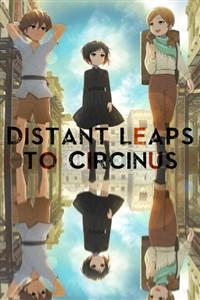 "With all the planets in the universe, it just had to be this one."

Not many thoughts came to mind when scientists said they could provide the Earth will nearly infinite power. Humans could only think about the future. They could attain space travel to the farthest reaches of space, zero worry about electric bills, new innovations for transportation and rise of new technologies. With such good outcomes, there was no way humanity would sit idle, without studying the most powerful entity, perhaps in the entire Milky Way. After suddenly appearing decades ago, the strange black sphere that never moved was like a godsend.

Like everything, there will always be a reason why things happen. With one touch, the very reality that was known before us was but a grain of sand. In an instant, the Earth was gone. Replaced by something, different.

More than a century later, what had been left of Earth, was reformed into an entirely different beast. A planet that was almost alive, yet dead at the same time, had replaced it. Pyshics that were once understood, made no sense, after all, giant land masses were floating with nothing to hold them. Upon those land masses, billions of people fight every day to survive. Life of work, sleep and play were no more. It was time for the world, Circinus, to take its reign.

The children born on its lands are part of the truth. The birth of Circinus could only be the beginning. The powerful yet, ever-elusive black sphere, seemed to watch the world from afar. Casting light for those below, but never emitting light from itself.

What does it all mean for the children who were born with eyes, that seemed to look at God's heart.