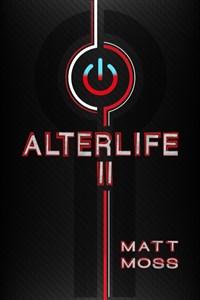 John Crussel has established himself as one of the most powerful players in the game, known in Alterlife as Ace the Great. But his quest for freedom came at a price. By unleashing the virus, countless lives were lost, and their blood is on his hands.
Time has passed, and with it, the deaths seemed to have stopped - the virus is no more. Prosperity has returned to Alterlife, and to John's life.
But the Gamemasters haven't forgotten about Ace the Great and what he has done. They lie in wait, patient and calculating. They seek to avenge their fallen brother, and are willing to use every tool in their arenal to deliver justice - even unleashing the gods themselves upon Alterlife.
John Crussel thinks everything is back to normal. But there's a war coming to his doorstep.
And he doesn't even see it coming.
Read Alterlife before starting Alterlife II
Join the Facebook Fan Page