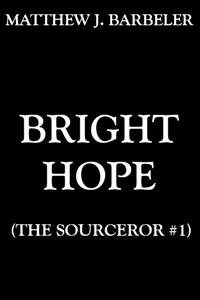 Wyatt Ward's father has let their farm, Bright Hope, fall into disrepair. King Odward's tithe must be paid, but they don't have the gold to do it. If they can't raise enough crowns to pay the tribute, their lands will be lost to them.
A strange knight from the far-off land of Solemnus has arrived in Bright Hope and promises to bring death and destruction upon Bright Hope if Wyatt and his father oppose them.
Wyatt discovers that he has an affinity for something called The Source, which allows him dominion over the building blocks of the world around him. His ability allows him to break things down into their component parts and build things straight out of his imagination.
He has the power to turn Bright Hope into the shining jewel that it always had the potential to be.
The Sourceror is a LitRPG series with farming, crafting, and dungeon-building elements.
I'm aiming to update this story once a week!