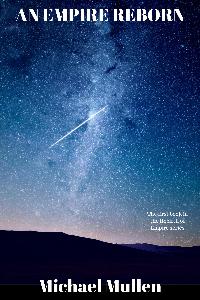 Michael Harris was your average 10-year-old when a mysterious woman shows up and reveals a secret tide to his DNA. A secret that connects him to the throne of the long dead Milky Way Empire. An Empire, advanced enough that most modern galactic nation couldn't compete with it, and at one time controled the fate of every intelligent life in the galaxy

Join Michael along with another 10-year-old secret agent, who may or may not be on his side, and the 10-year-old crown princess of the Star Kingdom of Haven, as they and their friends try to find their place in the galaxy.