KOJI FIGHTS THE WORLD! (The Bonder Legacy Book One) 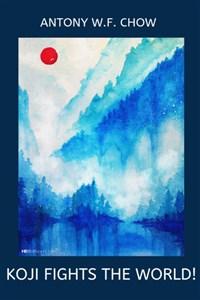 A practitioner of Dim-Mak, the infamous "Death Touch" martial art, enters another world and leaves a trail of blood in his path!
When 19-year-old college student and Dim-Mak practitioner, Koji Adalwin Becker, is suddenly pulled through a vortex and into an arena, he fights in a 1-on-15 deathmatch. Upon surviving and displaying his incredible fighting skills, Koji is forcibly married to Zelea Sagoisa, the Fourth Princess of the Kingdom of Nephosia, and he becomes her husband and Bonder.
Koji's status as a martial arts prodigy earns the favor of Daethix Colarte Nephosia, the Third Princess and next Queen of the kingdom; eventually, she declares him to be her fiance and future husband! Thus, begins the legend of Koji in the world of the Four Winds.
Over time, Koji learns more about the northern kingdom and the Bonder Legacy. His elevation to the status of Royal Consort and a member of the Royal Family of Nephosia creates new opportunities and new challenges. To defend his loved ones, his new family, his people, and his kingdom, Koji must fight the world!
KOJI FIGHTS THE WORLD! is a LitRPG Harem Wuxia webserial with isekai elements and geared toward mature readers. It is inspired by Summoned Slaughterer Japanese light novel by Ido Masayoshi, Monster Musume anime show, The Legend of Bruce Lee TV series, and Man of Tai Chi movie. This work contains graphic scenes of martial arts violence, explicit sex, forced marriage, a harem, cursing, and other material that some readers may find objectionable. Reader discretion is advised.
Book cover created using Canva.com and copyrighted © 2019 by Antony W.F. Chow based on artwork, “Ravine,” copyrighted © 2019 by Ronald Kuang (aka SeerLight). All rights reserved. Some names and places were created using fantasynamegenerators.com.