The Descarrian Abyss: Level One 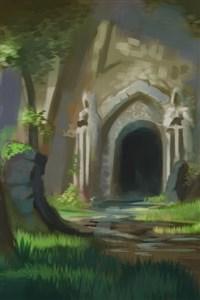 Framed for the murder of his landlady, sixteen year old Arahn Keys has been sentenced to death. A last minute reprieve comes in the form of the slightly mad cartographer Calan’dal, who hires him and four other death row inmates as bodyguards for his dangerous expedition into the bowls of a labyrinthine dungeon known as the Descarrian Abyss. Should they succeed in helping the deranged elf reach his goal, the legendary Heart of the Abyss, Arahn and his fellow criminals will be free to go.
Alongside his new elven master Arahn is joined by Morvar: a half-troll brute, Cathran: a young herbalist’s apprentice who professes her innocence, and Evan and Lem: a pair of thieving goblin twins. Together they descend into the Abyss, knowing they will have to work together or else perish in the bowels of the dark labyrinth, becoming victims of the deadly traps and ferocious creature’s legend to reside within.
[This is an early draft. Looking for feedback on characters/story as I work on my ideas.]
[Temporary Cover Art: https://www.artstation.com/artwork/q5L2N ]