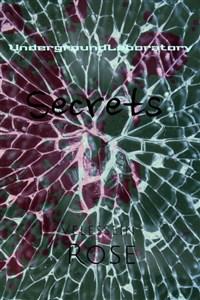 Hyle Labs was a government-funded project. Camellia's father was hired to create human weapons of war and armor. Anything that would help Valier win his war. Raven was a test subject. A scientists child used to create a human soldier who would fight continuously. After everything was destroyed Camellia seeks answers for the deaths of so many people, while Raven wants nothing to do with what was left of the underground laboratory. Still, the two find themselves working together along with Curtis, Camellia's bodyguard to find answers. Answers that have a lot to do with test subject Rose and how she survived despite being unable to survive. And while they manage to catch Rose, she isn't so lenient about giving them answers, risking her own life and theirs to keep her lips sealed. however, finding out that her father may be part of the reason the facility was wrecked in such a manner has her asking more questions than she thought.