Apocalypse 2020: Look to the Skies 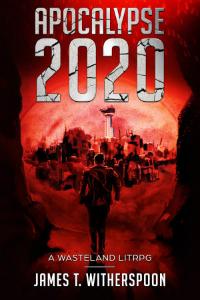 Three months after the defeat of Orion, Scarlett and Bran could not be more excited to play the new expansion for Apocalypse 2020.

With new additions to the game, including new playable species, new classes and abilities, new alien weaponry and monstrous enemies, enhanced survival mechanics, and base-building, Look to the Skies seems like it's going to improve the game in a huge way.

Can the remaining members of the Eagles band together with Orion's suriving bandits and fight as one to defeat their new alien invaders? Or will the Earth finally succomb to the slow death that began so long ago?

This is the second book of the series.