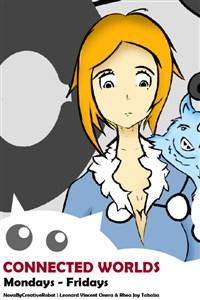 I was so caught up in my own sufferings that I've started to forget what it's all about. It was always about the pain, the effort, the sacrifice of Humanity in order to survive. How can I even dare to say that I'm alone, if humanity has sacrificed itself in order for me to help save the world in this lifetime? As I thought about this, I stood up...And right then and there, I pledged to myself..."In my previous lifetime, Year 20XX Humanity fell down not long after the barrier that is separating our world from other worlds perished.""I struggled to survive for eight more years only to slowly watch everyone I love die one by one...""Just when I thought it was finally my time to go, it was as if God finally heard all of our prayers and sent me back in time to give us one more chance.""We are not allowed to lose.""No... We can't lose. Not when we're ahead."...----The year 2018, The Illusory Emperor gave the world government an opportunity to help increase the capabilities of humanity in order to help defend the world against entities from other dimensions. Sad to say that the opportunity given was turned into a race of power. The Illusory Emperor was disappointed and did nothing at all as humanity set it's self up for destruction. Six years after. By a stroke of luck, an item that can turn back time fell into the hands of a person with a continuous thirst for thrill and excitement. With the help of his best friend, watch how they save the world through schemes and plots on a Global level! "The World Government already failed me in the previous lifetime. Are the two of you capable of carrying the weight of the world?" - The Illusory Emperor..."I finally have a chance to see you again. I'll definitely won't let you go in this lifetime." - Willam..."To reign above all, without suppressing others in the process. How can I let this challenge go?" - Edizon