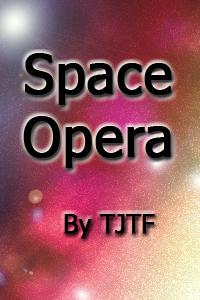 How do you get fame, fortune, mountains of money, and validation of your life?
Easy, win the Space Opera VR Systems Challenge.
How do you win the Space Opera VR Systems Challenge? Follow these 5 easy steps:
Step 1. You and your team spend years and years developing and refining a virtual reality system that interfaces perfectly with the most popular Sci-Fi VR MMORPG in the world Some would even say it is the most popular game in the world.
Step 2. Enter the Space Opera VR Systems Challenge and prepare to beat 20 other teams who all want to win the fame, fortune, mountains of money, and life validation. Throw that in the face of all of those geek haters.
Step 3. Find a squad of players who will play Space Opera using your amazing VR equipment. The game developers have even set aside a special quadrant of space for this challenge.
Step 4. Have your squad survive the game long enough to show off your fantastic VR equipment and seamless interface into Space Opera game. The judges and game developers are looking for the best of the best and your squad is the beta test. If your squad dies, you probably lose the competition. If your real world VR hardware breaks, you definitely lose the competition.
Step 5. Win the Space Opera VR Systems Challenge. All you have to do is impress the judges and game developers with spectacular equipment that is tested in the Space Opera game (see Step 4).
Remember if you lose, years and years of work and time ad sacrifice will go up in the smoke of failure. If you win, there are patent sales, lucrative job offers, the admiration of jealous peers, and the satisfaction of showing friends and parents that you have not wasted all of your college and grad school years in an engineering lab instead of having a thriving social life.
Note: In the event of catastrophic betrayal by your squad of players when they abandon you hours before the competition, please scramble to assemble a squad out of anybody you know and hopefully trust. Then return to Step 3.
Team Bloop never considered the possibility of betrayal until it happened. Years of work and effort all hinged on the squad that Team President Angie could assemble. Then all they would have to do is win.