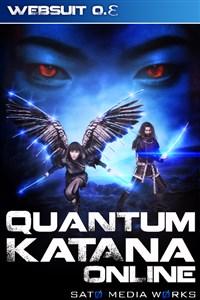 The washed-up e-sports champion Chie "Rose Crow" Shibuyama is forced out of retirement when her family is threatened by the all-too-real Empress NPC of The White Imperium.
With a fulfilling career and happy family, what more could Chie possibly want? Still, it's human nature to strive towards self-actualization and the devious Empress knows exactly what Chie's innermost drives are. From the Empress's fortress in the glacial mountains of The White Imperium VRMMORPG, she's formulated her machinations and isn't going to give up until she's forced Chie to take up the quest for the Mirror of Truth—even if it means hurting Chie's husband Ken and their son.
Ken "Yamabushi Rock" has always been there for Chie and with his conventionally perfect life, a high-paying career and a loving family, he couldn't ask for anything more—except to fulfill his burning desire to create a game as real as the next-generation VRMMORPG The White Imperium with its collapsible VR gaming sphere and full-immersion websuit. After he receives an offer too good to be true, the line between the digital and the real begins to blur.
As the Empress's hypnotic gaze draws Chie and Ken deeper into the desolate naraka hell of The White Imperium with its supernatural yokai of Japanese myth, they learn that the human heart is more unbelievably twisted and horrific than the unhuman.
Find out if they'll be forced to make the ultimate sacrifice and read Quantum Katana Online: Websuit 0.Ɛ.

It would be awesome to hear your critical and stimulating thoughts! The best kind of feedback is your specific comments and unfiltered, gut-level reactions. Don't worry—even a critical hit won't keep me down for long.
I'm releasing new chapters daily for a few weeks and then publishing the entire novel on Amazon after I've completed serializing it here over the next few months.
I love talking about stories—other than my own—so don't hesitate to chat with me on Discord or Goodreads. See my profile for links.