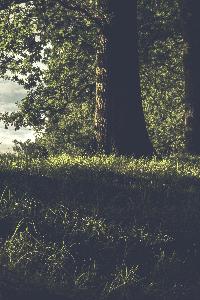 A boy wanders out of the forest for the first time, to find the world far vaster than he could have ever imagined.
Perhaps, he can find a place for himself here. And perhaps, he can uncovers truths about himself, which he wouldn't have thought possible. But before that, he must learn to deal with the strange ways of the humans, with whom he isn't sure he shares as much with as he'd hoped.
When his first encounter with humans takes a turn for the worse, and his second even more so, he starts to realize that the life he's seeking might be more chaotic than he signed up for.