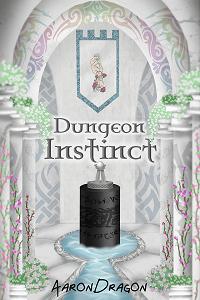 The multiverse is a big place, and it is also constantly in flux. As such sometimes mistakes occur, impossibilities that should have never come into existence. An aspect of corruption born naturally of a mortal and a divine, a Void that is a singularity instead of a duality, a being that came to be before existence ever was, a forgotten that is not damned, the possibilities are infinite and limitless, and thus so are the possible mistakes in this grand multiverse. But are not mistakes more entertaining to watch?

For Kelic the Blightborn, life was suffering. Born of a holy Templar dedicated to serving the Forgotten Guardian and a powerful abyssal demon queen that raped said Templar, Kelic’s first sight and sensation in Quellios and its realms was being baptized in the life-blood of his dying father. Tortured in the 1425th level of the abyss for ten years, Kelic was only set free of this constant nightmare of an existence by the unintended results of the Ascendant Angel’s rise to true divinity.

His freedom from the abyss was not the paradise that the young Kelic thought however, as he was branded a BlightBorn, or a child of tragedy that brings only misfortune, by the people of Quellios. Abused by all he ever knew or met the boy found solace in only in the things of beauty and the act of reading, a skill he taught himself. His latent ability to comprehend and remember all of what he read and the sheer speed of his reading gained the attention of a prominent figure of Evrette Academy Island. Taken in by the famous mage Fredrick Dunhousen, Kelic lived in peace for the first time in his young life… that is until he was killed.