Her name was Anne: The Demon's Bride 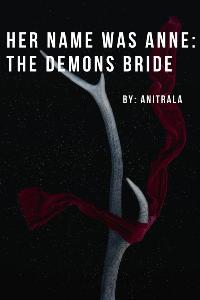 Anne Prescott, from one perspective she's the unluckiest woman alive. Having her father sell her to a cult just so he could afford illegal drugs was no walk in the part, neither was being a sacrifice to a powerful demon.
From another perspective she's the luckiest woman alive. Sure, being married to a demon may not be one's set goals in life, but the adventure following it is.
Follow Anne's journey through self discovery as she attempts to figure out who she is and why the tortured souls in hell are disappearing. Also, Her new husband may not have been as bad as she thought...

Note: This story is also Aviable on wattpad.com and Quotev.com