Adventurer of the Dark Continent 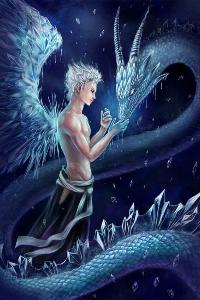 In year 2330, fate left a big influence on the world and society as it was known went into absolute chaos. One young man adapted inmensly quickly to it. Various mythical creatures descended upon the earth through the portal leading to the so called: 'Dark Continent'. Infections were created and spread throughout every country, every living being including plants and animals went through evolution to ascend to the top of the food chain. Humanity had fallen, for it is fated to rise up once again.

That one young man, Evan, was considered a freak. Even though he possesed the qualities of a supermodel and an old monk regarding looks and intelligence, he felt isolated. The 14-year old boy never got along with anyone, mainly due to the accident where every single family member of his got brutally murdered by a hostile company's owner, John Decker.

What is Evan's history, and what will become of his future?