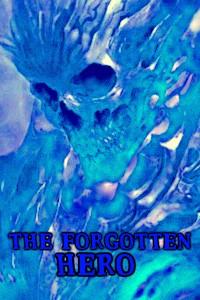 Long ago, in the world of Thyne, the Alliance of the Free Races, a name they had given themselves, summoned a hundred humans from another dimension.
Praised as heroes by the people, they rejoiced that they had been able to acquire pure, mana deficient humans that wanted to aid them in their time of need, ignoring the black, archaic slave collars around their necks or the depressed, almost hate-filled expressions that they received when interacting with them.
After Ten years of bloody war, the dark races were pushed back deep into their territories. Both sides were near breaking point and desperate to end the war once and for all.
In a bargain, the twelve surviving heroes launched a high-risk mission, utilising advanced tactics from their home world to kill the Demon Lord. In exchange, they would be sent home, along with the magically preserved corpses of their comrades, though in truth, they knew that even if they returned, they would never be the same.
Legends say that, upon ambushing the Demon Lord in his castle, they finally understood the plight of the world, and in the last act of heroism, sacrificed their lives, sealing him in an eternal prison so his essence would not be able to create another.
With the loss of the Demon Lord, and no chance for another to be born, the dark races quickly surrendered and the free races celebrated, honouring the noble sacrifice of the heroes before quickly forgetting about them as they returned to their everyday lives.
However, legends are rarely truthful, embellished by the victors in order to earn praise as well as hide the less desirable aspects of their deeds.
Trapped in the Demon Lord's throne room inside the Demonic Palace, which even taking a single step on its desecrated grounds is punished by death, two figures remain motionless. They had long run out of insults and threats to trade and now they waited. For what, not even the Gods knew.