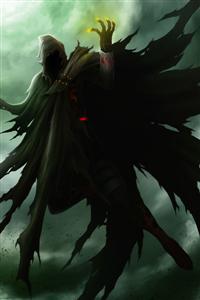 Genesis has it all to become someone great.

However, he is within the grasp of his asshole of a Father who only desires to use his gifts for his own benefits.

Yearning to break free, he sets into a journey to change his fate, taking sanctuary within his Great-Grandfather's Ancestral House and cutting all contacts with his family.

Then one day, just a few weeks after his 16th Birthday. A package and a letter from his departed Great-Grandfather arrived at his doorstep containing an invitation to enter the world of Eternal Empire, the VRMMORPG that literally conquered the World due to its 100% Realism.

And along with the invitation was the revelation that Jenova Corp, the company that created Eternal Empire is offering a share of their company to the First Player who can reach the Top and Conquer the Game.

With the discovery of such riches within Gaming, an extent enough to buy himself his Freedom, Genesis stepped forward into the Game and aim to reach the Top.

"This is his story as he create Legends while taking the Path of Conquering the Worlds in the persona of the Enigmatic and All-Powerful Grimm, The Mythical Detective."