The Crown of Sorrow 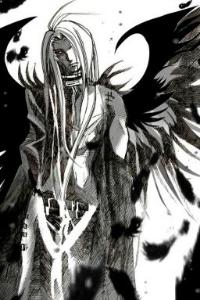 The air itself burned. All was ash and dust. The remains of his home, his friends, his loved ones, his comrades, his enemies, mixed and intermingled. One spec of ash indistinguishable from the next. He had fallen to his knees, among the aftermath of the ruin of his own making. He no longer knew how long it had been since he'd fallen, how long he remained beyond everything else he ever knew. The ashes of his life coated his body, making him appear as a gray uneven statue, a monument to his own sorrow.

Ages pass,
Life returns to the barren world,
but how will the sins of the past affect its future?

Saora of Valskaar begins another routine patrol of Valkaars borders. Accompanying rising a star of the Long-Riders, Captain Luke, as his Shield Maiden, unaware of the spiraling events that will change her life, and possibly end it.