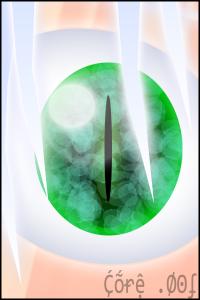 This is a story of Shiro, a 12 year old girl who wished to adventure around the world. Only to end up in an untimely death. When she wakes up, she finds herself in what seems to be a new world, and her body has changed to that of a catkin. Using her knowledge from knowing literature of people in similar situations and adventuring, she tries to make a place for herself in this new world. Only to find out that reality is far crueler than one would imagine. Even with what one would call an OP unique skill and other OP advantages, she finds things quickly fall apart regardless how hard she tries. Thus she seeks more and more power to not only survive, but to protect what is important to her.
Unbeknownst to her though, lies within her an ancient power time primordial. A power so vast it can bring anything to its knees. This ancient power can easily be unlocked with just one sentence, but this sentence shall never be spoken. Instead, Shiro will embark on a new path to gaining a new different kind of power as she moves forward in this new world.
WARNING: The first few volumes will have tragedy, which will disappear at around Volume 5 or 6. From then on it will be just pure OP-ness and having fun.
While I personally like OP characters and don’t like tragedies myself, I think it is unrealistic that a person goes to an unknown and everything just magically go their way via plot armor. So I wanted to build up a more realistic OP reincarnation novel where MC struggles through a new world regardless of their advantages due to gaps in knowledge (despite how prepared she was) and simply not having enough strength at the time.

This is my first poor attempt at a story. I read a lot of novels overall and was in the mood to see how well I can write one. Expect a lot of mistakes here and there as I am pretty new to writing.
Releases should be about 2 times a week(changed due to chapter size pretty much doubling) unless stated otherwise or inbetween volumes.
I will at least commit to finishing the volume I am on (Nothing worse than a story being cut off mid story).
So give me your comments what you think. I don't mind if the comments are bad and etc. Just lay off the grammar nazi (My only weakness)