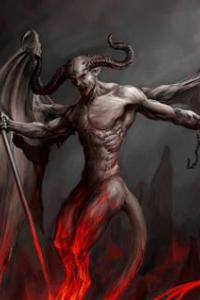 When I first regained 'consciousness', I was but a broken being, my memories were mostly missing, and I was starving.
As time passed, I survived by feeding on the souls of the deceased in this desolate hell, where only the dead live. And unfortunately, these dead are not the kind of dead that stays dead. Instead, they're mindless souls of all shapes, sizes and power whom roam this cursed home of mine.
Name? I carry the names of millions upon millions of souls. Bob, Jerry, Askaram, Sara...
Race? I devoured the souls of dragons, humans, devils and sentient rocks.
As I lived... no, perhaps existed is a better world, I absorbed the memories, experiences, forbidden knowledge and devilish arts of many, many damned souls. After all, who could ever roam this forsaken land but the damned?
Now, for the first time in eons, I am finally granted a sliver of hope.
To escape this hell, I am willing to serve anyone. The question is, will they accept my servitude?