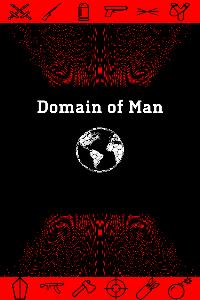 Isolation is terrible. To feel isolated with your fellow man around you is worse.
What if you were dumped in some backwards cave somewhere, completely nude, maybe with your family, or even completely alone?
The age of pioneers, heroes, generals, and geniuses is long gone. Humankind has become numb to the world around it because of how paltry everything else is compared to the glory of its history, the sheer volume of their accomplishments, and the sum of its innovations. You can interact with people across the world, travel miles in mere hours, and never prepare your own food or shelter, and it's all accessible to even the normalest of individuals. Artificial intelligence is within arms reach in devices and computers and even houses, and neural interfaces aren't exclusive to the rich and powerful at this point.
Someone far in the distance took notice of Earth, saw the multitude of hairless apes swarming its surface. That one went down the checklist to see if humanity had, in fact, beaten the 'game' of Life. Sure enough, they had gone above and beyond the requirements, but nobody had been watching. 'Why might that be?', that one wondered. Protocol was protocol, though, no matter how strange the situation was. They pulled the lever, they flipped the switch.
It's time for New Game +.