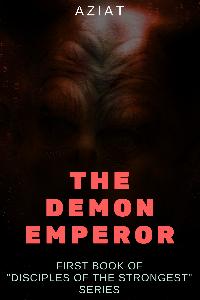 The path of The Demon Emperor is a life of bloodshed, hatred and loneliness. And namely this path, Boe Nas was chosen to tread. Having sunk into a sorrow and lost a will to live, he turns his heart to seeking power to avenge his pain. Formidable, insurmountable power that can put the entire world on the knees. And such desire leads him to meet The Strongest, whose entity is far beyond any known limits. Boe becomes his new disciple and begins his road to the true power. But in his seekings, he must prove himself worthy and go through a number of trials under keen sight of The Strongest. Where will this fate bring him? Will Boe stand on the top of the world or is he a mere toy in hands of The Strongest?

"Disciples of The Strongest" Series:

"The Strongest" isn't a title of that man, it has become his name long ago. When he was young and has only started his adventures he had a name like any of us, but after he defeated countless foes and conquered all highest worlds, his name was lost in history. Even haughty Emperor of demons must kneel and be respectful when he meets this person. Legend says that he lost his loved ones in a war against the Queen of Snakes and because of that, all snakes of all worlds lost their ability to become intelligent and obtain any kind of significant power. But this story won’t tell of any of his adventures, this story will revolve around talented people from various worlds who has caught his eye and became his disciples.