Rebirth of The Kind Death God 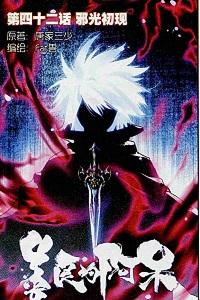 It starts with young Ah Dai, a kind, former thief falling madly in love Xuan Yue, the Holy Churches gorgeous heir. Coincidence landed him as her lackey through Xuan Yue's escapade through the continent, running from and avoiding her father - a cardinal of the Holy Church - while advancing their abilities and finding new friends and enemies.

A journey of joy, sorrow, tribulations, magic, and love.

But all good things must come to an end, and when Xuan Yue's disapproving father finally catches up to them, he forcefully separates them and thus ends the journey. The kind and naive Ah Dai begins to doubt his compatibility with Xuan Yue, for not only was he born into a lowly position, he also bears the legacy of The King of Hell: the supreme evil artifact 'Hell's Sword'! His life goes against everything the Holy Church stands for, and Xuan Yue's father reacts as such.

3 years pass from their separation. Ah Dai's Martial Skills have stunned the continent with his battles, earning him the moniker 'Death God' for his killing of one thousand soldiers during the retrieval of the Elven Princess. Xuan Yue has trained in magic with her grandfather, The Pope, in seclusion and has massively increased in power. One day, her childhood friend Ba Bu Yi confesses his love to her but is rejected for Ah Dai. Ba Bu Yi realizes this and runs away from the lovesick, crying, Xuan Yue.

Xuan Yue begs her grandfather to let her search for Ah Dai, which he allows to if only she disguised herself as a boy. She agrees and sets off to find Ah Dai, ultimately leading her to him during a fierce battle against assassins. Saving his life with her spells, they set off again on a journey to Death Mountains. After a long adventure, Ah Dai discovers Xuan Yue's identity and stops at the Elven Forest to meet up with her father.

Then at the forest, heartbroken and lied to by Ba Bu Yi, Ah Dai runs away, turning suicidal to exact revenge for his master. Every assassin hideout within the Sunset Kingdom is uprooted, nearly killing himself in the progress, only to learn that in fact he had been completely fooled by Ba Bu. Xuan Yue had been arranged to be married to Ba Bu Yi, and learns that the wedding was to be in one day. Too many friends and loved ones had already died or left him, Ah Dai could not his most loved one slip away!

He rushes to the Holy Church in a desperate attempt to stop the wedding, but arrives just one precious moment too late. When it is made clear that there would be no compromise, Ah Dai goes berserk. The entire force of the Holy See attempts to restrain him, only to met with Ah Dai's slaughter. In a last attempt to stop his rampage, they surprise him and unleash their strongest spells, fatally wounding him.

Ah Dai bleeds out in front of a horrified Xuan Yue, who then commits suicide after seeing him die.

The blood of the Phoenix and Dragon spills.

Then, Ah Dai wakes up.