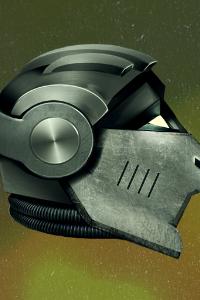 “Thirty years ago, the world went mad. Today, it continues to fall apart.”

Not All Heroes is a story about the rise and fall of terrific individuals. Set on a near-future Earth that has been irrevocably altered by the sudden appearance of men and women with fantastic powers, the world has been dealing with a radical shift in the nature of humanity.

For a time, the world was a Golden Age where the empowered, as they were termed by the majority of people, were thought to lead humanity to a new era, ushering in an unprecedented age of social, cultural and technological advancement.

But given time, things change. Enough time, and they all resolve to entropy.

The year is 2061. The Golden Age is over and the world is still picking up the pieces. still struggling to deal with such a radical shift in the nature of humanity that has left the world irrevocably altered. All across the known world, individuals and institutions try to guide the world towards salvation, preservation or destruction.

Not All Heroes follows three individuals caught on the cusp of an apocalypse. An idealistic young woman named Sabra, a weary ex-cape named Fisher, and the iconoclastic mercenary known only as Leopard.

Not All Heroes is the story of them and many more, of the people trying to change the world -- and those just trying to survive in it.

Not all apocalypses are cataclysmic.