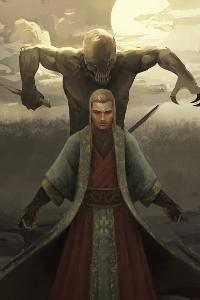 Synopsis – It has been centuries since the Sorcerer-Kings of old destroyed the world in their mad race to create ever-more-horrifying creatures. Now in the Fourth Age, known as the Age of Monsters, humanity clings to life by its fingernails, hidden behind walled cities and towns.
On the island of Daði, four kingdoms exist in an uneasy truce, ruled and protected by Cultivators with the power to break the Laws of Nature. There, Prince Erik, an unranked Cultivator and the descendant of a sorcerer’s experiment, is attacked by an ancient predator, a beast birthed in the molten core of a long dead world. And as the abomination devours him, something monstrous awakens within his blood.