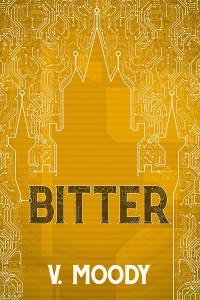 The story of a girl who finds her life is not what she wanted. So she gets another one.

This is a VRMMORPG story, but the ones I've read tend to use VR as an excuse to get into a fantasy world and then don't really play up the game aspect other than pulling up a status screen every now and then. To me, MMOs are about more than the fantasy setting.
Bugs, exploits, devs who don't understand their own game, OP classes, over the top nerfs, p2w, ridiculous RNG, cash shop fiasco, lockboxes, raging players, broken mechanics, limited bag space, tedious crafting and above all that, a company trying to squeeze money out if its playerbase while pretending they're just in the business of having fun.
Of course, then there's the orcs and elves.
This story is about finding yourself in a completely immersive fantasy game, but it's also about what a game like that would really be like.