The Grandmaster of Magic and Alchemy 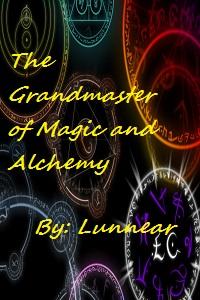 Do you believe in reincarnation? Well, I don't. Why? Because to reincarnate, you must die first.
But then, if you didn't die but just suddenly vanished and replace someone else's life? What does this call?
This is the story of a woman who lives for so long that she had wished she could just die already, only to mistake the spell [Soul Incarnation] as a spell that could kill her. Instead, her soul and memory were sent into another world that looked down on the weak and the strong walk toward the path of righteous.
Her name... is... was... called Megie, the Immortal Grandmaster Magician of Kingdom of Magic. And now, her soul is in the body of a girl who accidentally poisoned herself to death. Her name is called Jenna Loveheart. Now... what will you do, Megie? No, Jenna?