Life Restart: Another World with the Terror Infinity System 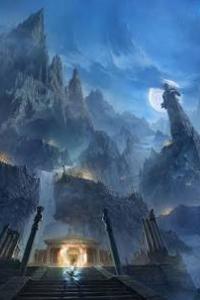 God's bored. Extremely bored. To pass the time, he calls on 13 newly departed souls to play a game for him. These 13 players will divide themselves into two groups and then reincarnate into a fantasy world, with a power of their choice of course. After that, these two groups of players will fight each other for the right of getting one wish of every member of their team granted. Our hero, being a "normal"(if you mean he can bleed and die, yeah he's normal.) guy, picks the Terror Infinity system as his special power. With most of the other players not knowing what the hell is Terror Infinity, they felt relief that despite our hero's extreme combat abilities and experience, he picked, what they perceived to be, a weak power. They were, of course, wrong.