The lost Chronicles of PANGAEA:Apocalypse 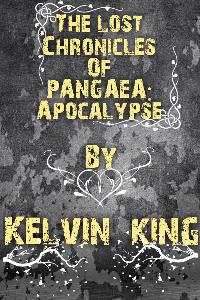 David wakes up one morning to a familiar bedroom albeit a little dusty, he wakes up to the same dysfunctional family but this time it was even more dysfunctional than before. He did not recognize this world, unless for little similarities with earth of 2017 PANGAEA was different. But the bad side is he wakes up to a world in its early months of an evolutionary apocalypse, as this world collapsed into itself David was left with no choice but to struggle and fight for survival and protect a family that was very much different than what he remembered. But one last thing he could not seem to figure out how this blue screens worked.