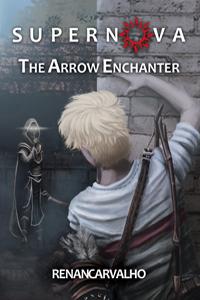 Deep in a ruthless dictatorship, the isolated town of Acigam is about to face a civil war. On one hand, the Guild, a group that uses the Energy Science to demand rights for the population. On other hand, a tyrant government, guarded by soldiers specialized in annihilating warlocks - the common name given to practitioners of this science. In the midst of this conflict, is Leran, who, after being swallowed up for the rebellion, is trying to learn more about his mysterious ability to enchant objects with the power of the elements.
Based on the gaming environment and RPG, Supernova will snatch gamers and fantasy fans.