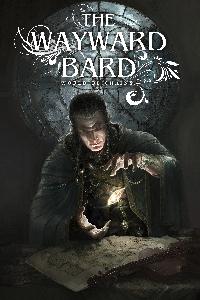 Stuck in a dead-end job and bored with his life in general, Daniel jumped at the chance to improve his life - even if "the chance" meant "Stealing 8 million Euro from a mafia boss".
Now, even if he wanted to, he wouldn't be able to go back to his former life. He knew that criminals would be on the lookout for him, and decided to lay low for a long time within the world's leading Virtual Reality MMORPG.
Overjoyed with the knowledge that the majority of Daniel's time within the game would be spent on enjoying himself by starting to spend his ill-gotten gains, he decided to go with a Bard and put most of his stat points into charisma.
What could possibly go wrong?

Profanity: The MC does swear, but very rarely - and only on a few occassions uses really harsh language. I didn't include this initially, but since I don't want my story taken down by someone who is offended by this, I will.