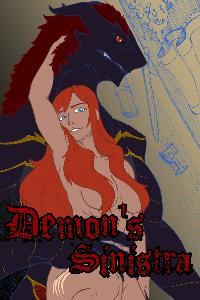 In a world where non-humans are persecuted and hunted by the Drauveux Empire, the ruling House of Eskira is on the brink of extinction. As the decaying nation lumbers towards ruin at the hands of an influential and corrupt noble house, the First Princess is attacked by her own guards. Rose Eskira and her companion, Mira Revant, escapes into the forest where they meet Zeluhn, a demon beast thought to be ancient myth. Their meeting sets them on the path to save the continent from the Empire's impending ruin.