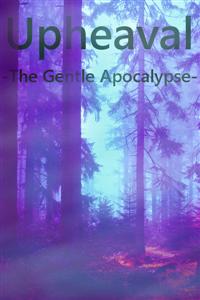 The world is changing, but people carry on.

Early in the summer, the world started changing. It is not known who first found out, but magic was real, or had become real. Of course, with the world as interconnected as it is, it took only two days for most people to know about it.
Online groups sprang up, eager to test humanity’s collective new toy. Quickly, it was found out that it was all but harmless; there were (unconfirmed) reports of deaths as soon as the first day.
Nevertheless, it is a novelty to most, trying it out like you’d try sports or a game. The world marches on as scientists set out to study this new phenomenon, to use it for furthering our collective knowledge and to understand it.
But that won’t show any results any time soon; it is only five days since the “Reveal” meanwhile I’m out camping. I had planned this since March, to unwind from sixteen years of studying. Finally! Finally I am done with school! Getting a job is another matter…
So I figured, with this magic stuff, why not try out meditating on it? I’ve enjoyed more than enough books and other media that at least some of the magic methods should be viable.
Turns out, the world might not let me relax.