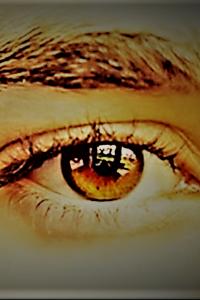 Luck Lockyer was the type of man to smirk in the dark, the expression not for anyone but himself. One of perpetual amusement. The bright side of things were hard to find in the shade yet his amber eyes were always searching. The smirk was his default, he knew it, his friends knew it, his family knew it. It was his most natural state.

But the death of everyone close to you can affect a downwards curve on the mouths of even the most stoic people.

Without purpose, without anyone to do the job for, Luck Lockyer found himself inside an empty forgotten church. The perpetual smirk on his face had slipped to a thin line, his scar more noticeable now than ever before. His amber eyes, the windows to his soul, dull and lifeless. To anyone who knew him, it was the clothing that gave away his mental state, denim pants and a plain black t-shirt. If that wasn't enough, the tears running down his face certainly would, the echoing sobs of a broken man rang across the rundown church.

It was on a whim, but Luck Lockyer prayed, he prayed for many things, for death, revenge, friends, but the one prayer dominating his thoughts, a second chance for his family.

That was all he wanted. Simple.

It was then, on the outskirts of a polluted city, in an abandoned lot, in a forgotten church that Luck Lockyer, the Devil of the Cards, the Bloodless Hand, the Amber Demon, the Broken, was answered by a being from another world and one from his.