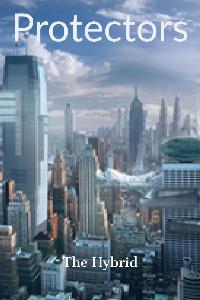 Protectors takes place in an alternate history where superheroes have existed since before World War II. As a direct result of various factors such as the existence of magic, mutated humans known as “enhanced”, science experiments gone wrong, discoveries of otherworldly beings, among other things, the world has become a noticeably different place than our own.
In the year 2010, an alien race known as the Splisen invaded Earth. With the Earth’s defenses unable to hold off the extraterrestrial menace, the United Nations formed the Protectors of Earth Initiative. They gathered 40 of the world’s heroes together, and gave them the unlimited backing of the world’s government to fight at the forefront of a war that lasted three years.
Of the original 40, a pantheon of seven heroes whose courage and strength stood about the rest. They were known as The Seven. Together, they launched an attack on the Splisen queen, ultimately proving to be victorious, driving the Splisen away from Earth and back to their homeworld.
From that point forward, the Protectors became a self-funded yet government approved organization open to the public. With membership expanding into the hundreds, the bravest warriors of Earth ushered in a new era known as The Age of Heroes.
But where there are heroes, there are also villains. The supervillains of the world are active, now more than ever, over twenty years after the Splisen War ended. Some would like to make money, some would like to cause anarchy, and some would like to put an end to The Age of Heroes. Our story begins in the year 2035.