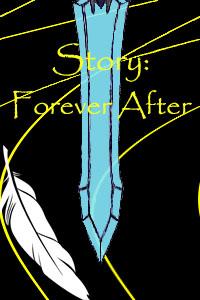 This is a story that spanned for eons.
Through a series of misfortune, Ryner turned into an immortal creature that has lived for hundreds of thousands of years. Not bound to one world, he saw war and peace, love and hate, magic and science.
The man started as a parentless child only to grow into a powerful and shunned monster. Despite the physical and mental scars, he still fights on. He still fights Alice, his fellow, insane monster and for their own reasons, they kill each other. The two wage brutal wars in the form of a “death game” that Ryner managed to force Alice into playing.
After his latest win against her, he decides to go on a vacation. As such, he inserts himself in a seemingly normal world to enjoy a brief moment of peace and quiet. This is where the story starts, not at the beginning, but near the end. Instead of resting like a lazy tourist, problems pop up one after another. Eventually, Alice ceases to be his only or biggest concern.
This is the story of a man who stubbornly walks down a road of madness.
This is the story of how a tortured soul struggles, lives and fights.
WARNING MATURE CONTENT: gore, sexual content, some disturbing themes
Note: Sexual content will be posted as side stories, separated from the main plot.