The Dao of Magic 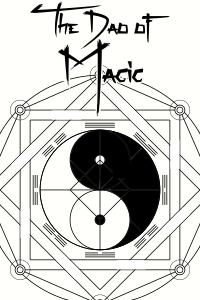 Here I am, sitting on a mountain so far away from civilisation it might as well be the godforsaken arse of the world, about to ascend. Can't wait to leave this crapfest of a planet... Turns out that the higher ups decided that an unaffiliated rogue like me is too big of a risk to let run around free.
Seems like this entire cultivation world is a late stage capitalist money making machine for the powers that be in the higher realms, and me stealing the good loot in front of their descendants and sect disciples noses finally pissed them off enough to take action.
First, they sent all the sect masters and hidden dao protectors to off me - which failed, obviously. Heh, afterwards they simply bitch slapped me out of their universe though.
That is interesting and all, but I just woke up in a valley watching some critters murder each other while trying not to freak out about how bad it smells here.
Soo… where the fuck am I? Why is that deer fighting a feathery squirrel? Why am I teaching this baby rabbit saved from a cannibalistic mother how to kick beings in the face with the power of qi?