Shades of the Moon 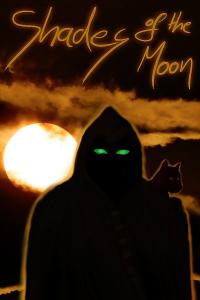 "If you are reading this, my fellow Player, you must have successfully survived your initiation to this world. You have been tested in lots of different ways, whether you knew it or not.

You woke up in the middle of nowhere, along with a bunch of strangers. No one told you anything, but you were forced to adapt quickly if you didn't want to lose your life. It wasn't enough to simply survive the wilderness: soon after waking up, your group had to face your first - and hopefully not your last - fight together.

Sounds familiar? It was the same for me. If you are as naive as I was, after reaching a city or a town you may think that the difficult part is over. But believe me when I say this: your struggles have only just began.

You see, They didn't bring you here just to see how well you can survive in the nature with barely any tools in your possession. They aren't even testing how good you are at fighting monsters. All They care about is how you use your Abilities. Should you try to settle down and avoid fighting, sooner or later you will find yourself forced out of your comfort zone. When that happens, you will perish if you are unprepared."

excerpt from the preface of "Guide for the Niazian Empire's new Players"
by Lord Randel, Imperial Beastmaster
year 3536 After Cataclysm

Content warning: The story contains bloody and violent scenes, but they are not overly descriptive. It contains occasional swearing and touches mature themes too, but not so much to warrant the 'Profanity' and 'Traumatising content' tags. The story doesn't contain explicit sexual content, harem, incest, netorare, gender-bending, trap characters, and... well, a lot of other fetishes I can't even think about. Also, no cat girls. Sorry.

This story has a slow build-up. The main characters are getting stronger and more competent gradually. Although I tagged the story as litRPG (it has a fair number of RPG elements), it isn't one of those 'hardcore litRPG' stories that constantly have blue boxes and stuff. I don't overwhelm the main characters with an abundance of Skills and Abilities right off the bat. It is definitely not the type of story where the MC becomes so overpowered that he/she just forges through everything with ease. However, this doesn't mean that the MC would never become a force to be reckoned with.

I try to strike a fine balance between serious and comedic scenes. Although I didn't indicate it as one of the story's genres, romance will be introduced later on as well. Other genres that might be applicable: Drama, Sci-fi, Psychological.