Blooming Thorn in Another World 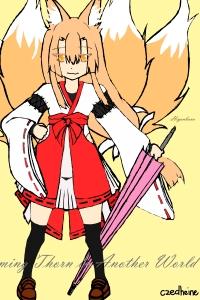 In this world, heroes are summoned from another world because of the threat brought by the devils. Each of this heroes are granted with blessing from the Spirit Goddess and possesses extraordinary powers to fight and to repel the devils.
But among these summoned heroes, an irregular appeared. A little girl is among them. The little girl doesn't have the qualities to be one of the heroes nor have the power to be so. She only tries to settle a peaceful life inside the castle for her own convenience.
But in this world full of mystery, she will be drag outside to the world to witness the wonders and all the suffering and pain this world could offer.
In a world where she is under powered and suffers from having a frail and immature mentality, will she survive and prevail or will she break first and suffers a crushing defeat from this world's absurdness.

PS: This Novel contains Multiple POV and an almost rape scene (just a single chapter). Read at your own risk