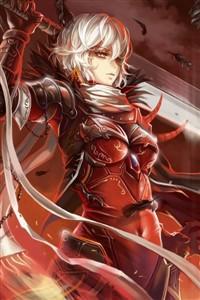 After the Demon King was slain, everything was supposed to be over.
The Hero would return triumphantly and everyone would sing tales of the hero.
At least, that's how it should've been.
To combat the Demon King, a Hero, and 11 others were chosen to slay the Demon King.
After 13 years of fighting the Demon King's forces, the Hero and their party stormed the Demon King's castle and achieved an overwhelming victory.
With the battle finished the Hero was betrayed by their teammates, only because the Hero was supposed to be male.
So after 13 years of fighting, the 11 "Heroes" returned.
The original Hero swore revenge upon such heroes and was given a chance to get revenge on the 11 "Heroes"
Not as a Hero, but as something more

I don't own the picture, if you do own it, please let me know and I will change it.

First time writing so please do tell me your Ideas and anything I missed.